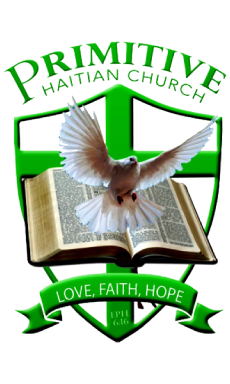 Pastor Francius Pierre was born into a Christian family in the region of St Marc, Haiti. His parents, Mr. & Mrs. Lanier Pierre, are hard-working Christians who strongly believe in education. Pastor Pierre is the sixth child among his twelve brothers and sisters. He attended Evangelique White Rock de St Marc for his primary education and went on for his secondary education at Centre d’Etude Classique de St Marc. He later migrated to Port-au-Prince to complete his high school education at ‘Les Normaliens Reunis” in 1987. Pastor Francius Pierre continued towards a higher education. He now holds a certificate in Accounting and Business Management from the School of Commerce Julien Craan.

Pastor Pierre attended Theological School in Bollosse, Haiti from 1989-1993. After earning his degree in Theology, he immigrated to the United States where he received a Certificate in Conflict Management and started working in Florida. Being a man with a passion for learning, Pastor Pierre continued to pursue more training by going back to school and earning his CRCST (Certified Registered Central Service Technician) certificate in 2007-2008. Then, Pastor Pierre and his family migrated to the DMV area, and began working at Georgetown University Hospital.

Life’s journey has crafted Pastor Pierre. When he was seven years old, deaconess Tasia shared a vision God gave her revealing that He would chose Francius Pierre as a shepherd for his people. He would later lead night services with his older and younger siblings. Knowing God’s plan for him, he became more devoted and took the night services more seriously. Consequently, he came to have an intimate and personal relationship with God. On April 6, 1980 he was baptized in his hometown at the Baptist Church of White Rock in St Marc which was under the leadership of Reverend Jerome Francois Xavier.

Start of his Ministry

After years of devotion and service, he left St Marc and moved to Port-au-Prince to complete his education. While there, he became a member of the M.E.B.S.H Church Cote Plage 16 Radio Lumiere, one of the leading Christian Media Organizations in Haiti that was led by Reverend Brésil Saint Germain. As an active member, he became a member of the ” Mouvement Brigardier et Lumiere”. Later, he tansferred to Eglise Evangelique of Port-au-Prince, directed then by Reverend Michel Vital, and became the coordinator of evangelism efforts. He was also a member of the “Bon Samaritain” vocal group. Not only did he promote spiritual growth within the congregation, but he advocated for economic relief and support for those in need. He worked alongside Reverend Fautyl Saintyl who was the main lead in this department.

As faith would make it, Pastor Pierre met the love of his life, Lorette Charles, within the church. They were joined in holy matrimony on December 29, 1994 at White Rock Saint Marc church. They have four children: Franct Elson, Esther, Lorensky, and Emmanuel Pierre. Sister Lorette Pierre is a true woman of God and devotes her life to the purpose in which God has predestined for her. She is as generous as she is loving, and always has a hot plate ready for everyone who crosses the threshold of her home.

Upon Pastor Francius’ immigration to the United States, he had the privilege of attending, Holly Spirit School, which was one of the most prestigious schools in the Virginia. He was later called by the Nazarene Mission in 2007 to serve in Washington, D.C. After a year, through collaboration with one of his friend’s Pastor Samuel Senatus, he was promoted to an elder pastor in 2008. He remains the pastor at Primitive Haitian Church.